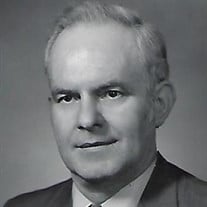 ROBERT EDWARD “PETE” BLAIR Robert Edward “Pete” Blair, 92, of Gary, passed away Wednesday, February 19, 2020 at Welch Community Hospital in Welch. Born January 27, 1928 in Gary, he was the son of the late Goldzsie Chewning Blair and Joseph Blair. Pete graduated from Gary High School and West Virginia University College of Law. Pete was admitted to the West Virginia State Bar on June 5, 1956. He was admitted to practice law before the West Virginia Supreme Court of Appeals, as well as all state circuit courts. He was further admitted to practice law in the federal district courts of West Virginia, as well as the Fourth Circuit Court of Appeals sitting in Richmond, Virginia. Upon graduating law school, Pete worked for U.S. Steel and later opened a private law office in Welch, West Virginia in 1975. The U.S. Steel Corporation, the McDowell County Board of Education and the City of Gary were among his clients as a private attorney. Pete served as a Commissioner on the McDowell County Commission, Family Law Master and later Family Court Judge. At the time of his death, Pete was an Assistant Public Defender at the McDowell County Public Defender’s Office, a position he held since 2003. Pete was also one of the last living World War II Veterans from McDowell County. Those left to cherish his memories are the love of his life, Eva Barber of Gary; son, Lawrence Barber of Gary; daughter, Karyn Barber of Myrtle Beach, SC; brother, Dr. Lawrence Chewning Blair of Monterey, CA; sister, Sue Blair Barta and husband Joseph of Radford, VA; many nieces and nephews. Funeral services will be conducted Thursday, February 27, 2020 at 11:00 AM from the Douglas Mortuary Chapel in Welch, with Reverend Olen Butcher-Winfree, officiating. Burial will follow in Roselawn Memorial Gardens in Princeton. Military Graveside Rites will be conducted by the V.F.W. Post 1144 of Iaeger. Friends may call at the funeral home Thursday from 10:00 AM to 11:00 AM. Pallbearers will be family and friends The Douglas Mortuary in Welch is assisting the Blair family.

The family of ROBERT EDWARD "PETE" BLAIR created this Life Tributes page to make it easy to share your memories.

Send flowers to the BLAIR family.