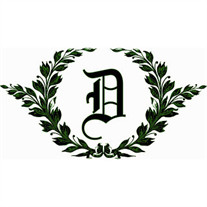 Norman Glen Clark, 76, of War passed away on Saturday, January 13, 2018 in Raleigh General Hospital in Beckley after a long battle with the effects of Agent Orange. Norman was born August 19, 1941 at Grace Hospital in Welch. He was the son of the late Roland G. Clark and Pauline Clark of War. He attended McDowell County Public Schools, graduating from Big Creek High School in 1959. He received a B.S. degree in 1964 and a Masters of Business Administration in 1966 from East Tennessee State University. He retired as a divisional manager of yarn production in Research and Development with Burlington Industries after 26 years; then returned to War after an absence of 35 years. After a brief retirement, he was appointed the first executive director of the McDowell County Redevelopment Authority, retiring again in 2002, after 12 years of service and completing 148 housing projects. Norman was a veteran of the Vietnam War as a sergeant in the US Army, receiving the Bronze Star Medal, the Commendation Medal, and four other medals before returning to the US. He was a member and lay person of the War United Methodist Church and was also the president of the War Methodist Men’s Club. He was a lifetime member of the American Legion, a lifetime member of the VFW, and a lifetime member of Delta Sigma Phi, a national business fraternity. He was a member of Alpha Phi Omega Fraternity, Sigma Tau Gamma Fraternity, Society for the Advancement of Management, War Kiwanis Club, the Sertoma Club, served as Vice Chairman of McDowell County EDA, and served on the Board of Directors of the Hatfield-McCoy Regional Recreation Authority. In addition to his parents he was preceded in death by his sister Joyce Davis of Hollywood, MD, and his brother Charles Clark of Kemper, TX. He is survived by his wife Patricia Clark of War and her two children Kevin and Heather; his daughter Carrie Clark Tomlin and husband David of Cedar Key, FL; a sister Helen Clark Hickman and husband Darryl of Centerville, VA; a brother Jim Clark and wife Jamie of Leesburg, VA; and a host of nieces and nephews. Funeral service will be conducted Wednesday, January 17, at 11 a.m. at the War United Methodist Church with Rev. Gus Anderson officiating. Entombment will follow in Grandview Memory Garden Mausoleum in Bluefield, VA. Masonic rites will be held, and military graveside service will be conducted by VFW Post 1144 Iaeger. The family will receive friends and family at the church Tuesday from 6-8 p.m. Pallbearers will be Berwind Lodge #141 members. In lieu of flowers the family requests memorial contributions may be made to the War Methodist Church, Main Street, War, WV 25892. The Douglas Mortuary of Welch is serving the Clark family.

Norman Glen Clark, 76, of War passed away on Saturday, January 13, 2018 in Raleigh General Hospital in Beckley after a long battle with the effects of Agent Orange. Norman was born August 19, 1941 at Grace Hospital in Welch. He... View Obituary & Service Information

The family of NORMAN GLEN CLARK created this Life Tributes page to make it easy to share your memories.

Norman Glen Clark, 76, of War passed away on Saturday, January...

Send flowers to the CLARK family.