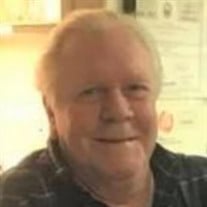 James Edward “Eddie” Clark Jr. 66, of Welch, WV passed away Saturday, June 5, 2021 at Roanoke Memorial Hospital in Roanoke, VA after a year-long battle with cancer. Eddie was the owner and operator of KC’S Executive Lounge in Welch. He also formerly owned the Elkhorn Lounge in Welch, TC Enterprises in Welch, and C&C Electric in Kimball. Born in Welch, WV on September 12, 1954 he was the son of the late James Edward Clark Sr. and Betty Cottle Clark. At 7 years old he moved to California and returned to Welch, WV in 1980 where he met and married his wife of 38 1/2 years, Karen Noe Clark on August 10, 1982. Other than his wife he is survived by his three children, James Clark III and wife Kayla of Welch, Krista Clark Woods and husband Rick of Welch, and Melissa Clark and companion John Fine of Welch. Eddie had eight grandchildren James Clark IV, Chase, Christopher, and Jacob Woods, Landin and Jaelyn Thornsbury, and Xavier and Evie McKinney, all of which he loved so very much. He is also survived by his sister, Debbie Thomas and husband Tim of California, brothers Harold Clark and wife Shannon of Arizona, and Everett Clark and wife Pamela of California, and a host of nieces and nephews. Eddie was a lover of old cars and a wonderful husband, father, and grandfather. Friends and family may call at the North Welch First Church of God in Welch, WV on Friday, June 11, 2021 from 11am to 1pm, where funeral services will be conducted at 1:00 pm with Pastor Scott Long officiating. Following with his wishes, cremation will occur after the service. The Douglas Mortuary in Welch is serving the Clark family. Online condolences may be sent to the family at www.douglasmortuary.com

The family of JAMES EDWARD "EDDIE" CLARK JR. created this Life Tributes page to make it easy to share your memories.

Send flowers to the CLARK family.