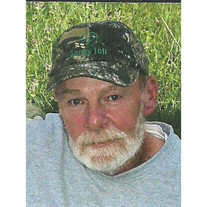 Clyde William Wilson, Jr., 64, of Premier passed away Sunday, February 7, 2016 in Welch Community Hospital. Born February 9, 1951 in Welch he was the son of the late Clyde William Wilson, Sr. and Mary Ellen Blair Wilson. He was a contractor and owned Wilson Home Improvement. He was a Vietnam veteran of the US Army. In addition to his parents he was preceded in death by a son, Clyde W. Wilson, III. Those left to cherish his memory are his wife, Melodye McFann Wilson of the home; his daughter, Jessica Yvonne Wilson of Carswell; a son, Gary Wilson of Schweinfurt, Germany; his granddaughter, whom he adored, Cecilia Chance Wilson of Carswell; two sisters, Claudia Frost and husband Sammy and Ellen McKenzie all of Hemphill; several nieces and nephews; and special friends, Sam Freeman of Gary, Rev. William Spencer and Curtis Spencer both of Welch, Bobby and Sheila Rose and their son Bobby Jr. of Thorpe, Dale Hunt of Premier, Gordon Spencer formerly of Hemphill, and Danny Blackburn of Premier. In honoring Clyde’s wishes, he will be cremated and there will be no services held, as we will remember him in the many happier times we shared together. In lieu of flowers donations may be made to the McDowell County Ambulance Authority, P.O. Box AG, Welch, WV 24801. The Douglas Mortuary of Welch is serving the family.

The family of CLYDE WILSON created this Life Tributes page to make it easy to share your memories.

Send flowers to the WILSON family.