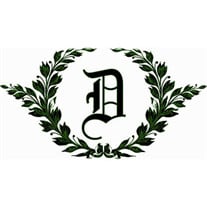 Clarence Benny Looney, Sr. began his earthly journey on August 19, 1921 in Buchanon Co. Va, the son of the late Sherman Looney and Vicey Childress Looney. His journey here ended and he entered eternal rest on August 19, 2016 at the Pikeville Medical Center in Pikeville, Ky. Mr. Looney was a long time resident of Caretta where he had come to work at Olga Coal Co. as a young newlywed and World War II veteran of the US Army Air Corp. He retired from Olga with 40 years of service and was a member of UMWA Local Union 6026. He was a former member of the Caretta Freewill Baptist Church and later a Trustee of the Caretta United Methodist Church. In addition to his parents he was preceded in death by his wife of seventy years Darenella Osborne Looney; three brothers, Tivis Boyd, Jack VanDyke and Clyde Looney; two sisters, Edna Hale and Fay Stevens. He is survived by his four children, Melba (Rob) Shoun of Lexington, SC, Rita Hatmaker of Elkin, NC, Clarence Benny Looney, Jr. of Caretta, and Vickie (Charlie) Click of Canebrake as well as seven grandchildren and ten great grandchildren; a brother, Arthur (Celia) Looney of Fairfax, VA; and a sister Elsie Ratliff of Vansant, VA. Funeral service will be held Tuesday, August 23, at 1 p.m. in the Green Hills Cemetery Mausoleum at Cedar Bluff, VA, where military rites will be conducted by VFW Post 1144 of Iaeger. Burial will follow in the cemetery. Friends may call at the mausoleum one hour prior to the service. In lieu of flowers the family requests that donations may be made to St. Jude Children’s Research Hospital, 501 St. Jude Place, Memphis, TN 38105. The Douglas Mortuary of Welch is serving the family.

Clarence Benny Looney, Sr. began his earthly journey on August 19, 1921 in Buchanon Co. Va, the son of the late Sherman Looney and Vicey Childress Looney. His journey here ended and he entered eternal rest on August 19, 2016 at the Pikeville... View Obituary & Service Information

The family of CLARENCE BENNY LOONEY, created this Life Tributes page to make it easy to share your memories.

Send flowers to the LOONEY, family.